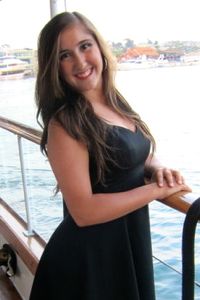 What brought you to Pacific Crest?
I found out about Pacific Crest from Louie Cavallaro and Troy King, who taught percussion at my high school. Also, my friends Ryland, Patrick, and Alex were members of the corps. I went to many of their events and got to know some of the people and fell in love with the community and the feeling of family.

How has Pacific Crest impact you?
Pacific Crest has made me much more humble. In high school, I was one of the best, but marching Pacific Crest taught me what it was like to really struggle with the show and to meet that challenge head-on. I learned the value of asking my peers for help and the importance of putting in extra effort to catch up. I learned to channel my pride toward personal achievement rather than trying to take others down a notch.

How have you applied the experience to your life outside of drum corps?
There are days when I wake up groggy after studying into the late hours of the night. I don’t want to go to class, but I remember handling that in drum corps under far worse conditions; I know that I can do it now after sleeping in a warm bed! Also, the discipline involved in drum corps has helped me with my studies. I study and prepare for tests by using the same format we use in rehearsals — review, detail, put it all together.

Final Thought:
There is no better feeling than when you are in the middle of a show performing with your family and just giving it your all and owning it.