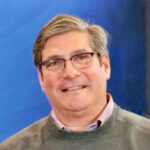 STUART POMPEL was a founding instructor of Pacific Crest in 1993, served as its Executive Director from 1996 to 2018, and was appointed CEO in November 2018. During his tenure, he has led the growth of the organization from a small performing group to a nationally recognized performing arts education organization, and a member of the Drum Corps International World Class.

In addition to fundraising, donor relations, board cultivation, and program development, Stuart has nurtured relationships between Pacific Crest and community and corporate leaders, and has developed endorsement agreements and partnerships with leaders in the music industry. He is active in Drum Corps International governance, having served on the DCI-Pacific Advisory Board since 1999, as its president from 2005 – 2010, the DCI Finance Committee and Audit Committee, chair of the DCI Audit Committee, and DCI Voting Member Chair.

Stuart holds a BA in Social Sciences and a teaching credential from Chapman University in Orange, California. He lives in Placentia, California, with his wife Ann, and two daughters, Maya and Tahlia. 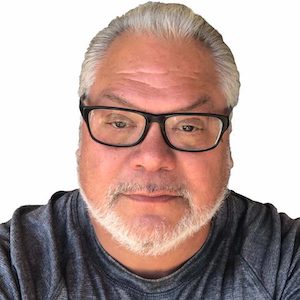 Ed has over 25 years of experience in the travel industry, specializing in performance tours for high school, college and university bands, choirs, and orchestras to destinations around the world.

Having sat in the stands for ten years, Ed took a bold step by co-founding the Yamato Drum and Bugle Corps in 1997. Originally founded to recruit musicians and performers in Japan to compete exclusively in the United States at DCI Open Class events, Yamato developed into a multicultural group when it began recruiting members in California and Japan. Yamato became DCI’s first International Division Champion, and earned two silver medals, two Spirit of Disney Awards, and eight Finalist appearances.

In 2006, Ed was voted by his peers as Division III Director of the Year. Ed brought his experience with Yamato to Pacific Crest by developing a recruiting program in Japan, and acts as the corps’ liaison for its Japanese performers. 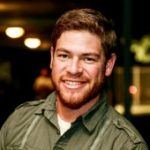 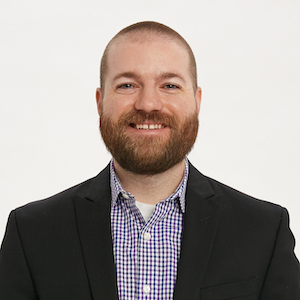 In addition to his marching arts work with PCYAO, Mark participated on the teaching faculty for Drum Corps International’s Leadership Seminars from 2013 – 2021, mentoring and training drum corps student leaders from across the country. Mark also served as the Ensemble Director for Pulse Percussion from 2015-2017, helping the group to a gold medal and two bronze medals in WGI World Championship competition. Other programs he has worked with as a visual instructor/designer include Rowland, Esperanza, Santa Monica, Gladstone, and Walnut High Schools.

He lives with his wife Antoinette (fellow Pacific Crest alum) in Arcadia, CA.

In addition to her role at Pacific Crest, Jen is Human Resource Specialist for Insperity. She is married to Tim Tintari, an alumnus of Pacific Crest. They have a son Nicholas, a daughter Amelia, and fur baby Emma.