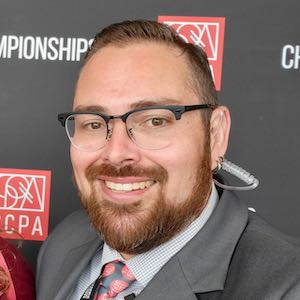 In addition to instructing, Bryan is also an adjudicator and/or Contest Director for the Southern California Percussion Alliance (SCPA), Winter Guard International (WGI), Winter Guard Arizona (WGAZ), and Arizona Marching Band Association (AzMBA). He also serves on the executive board for WGAZ as the Percussion & Winds Judges Coordinator/ Sponsorship Coordinator, and on the AzMBA board as the Sponsorship Coordinator.

As a performer, Bryan has played with artists such as Steve Wilkerson, Jeff Hamilton, the Jazz on the Latin Side All-stars, Poncho Sanchez, and as a soloist for Grammy Award winner Celine Dion.