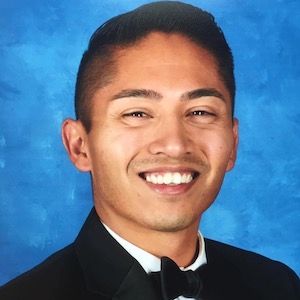 ABRAHAM GARCIA is a music educator residing in Chandler, Arizona. He earned his Bachelor of Instrumental Music Education in 2014 at Arizona State University. Abraham is completing his eighth year as an elementary school teacher in Mesa, AZ where he teaches band to fourth, fifth and sixth grade.

As an active member of Arizona’s marching arts education, Abraham has served in various instructional capacities at multiple schools throughout the valley including Cesar Chavez HS, Hamilton HS, Desert Vista HS, and Corona Del Sol HS. His experience as a drum corps member includes three years performing with The Academy Drum and Bugle Corps. In an instructional role, he taught as a visual educator with the Sacramento Mandarins for the 2012 and 2013 seasons. He served as a visual instructor with The Arizona Academy Drum and Bugle Corps from 2014 through 2019. Abraham is currently serving as the Visual Caption Head at Corona Del Sol High School.