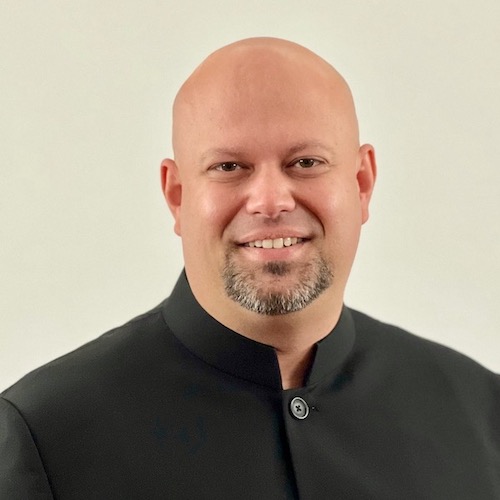 CHRISTOPHER DREW DICKEY is in his first season with Pacific Crest Drum and Bugle Corps, serving in the role of Music Coordinator. He also serves on the conducting faculty of the Butler School of Music at The University of Texas at Austin, where he is Associate Director of the Longhorn Band and will complete his Doctor of Musical Arts Degree in Wind Conducting in the spring of 2023.

Prior to his current appointment, Mr. Dickey held positions at The Cavaliers Drum and Bugle Corps, The South Carolina School of the Arts at Anderson University, the Anderson School District 5 District Office, and Southwood Academy of the Arts. He also served as a Graduate Conducting Associate with the Louisiana State University Department of Bands and spent many years as an educator and administrator in the South Carolina public schools.