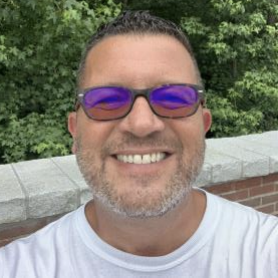 DAVID J. McGRATH has directed high school bands the past thirty-five years in the states of Michigan, Georgia, and Texas. He holds a BA from DePauw University and an MA from Eastern Michigan University. He is currently the Director of Bands at Klein Cain High School in Klein, Texas. McGrath also served as Program Coordinator for The Cavaliers Drum and Bugle Corps from 2016-2019.

Concert ensembles under his direction have received numerous honors including: invitations and performances for numerous regional and national concert festivals and clinics (including the 2010 Midwest Clinic, the 2000, 2006 and 2023 National Concert Band Festival, and numerous state music association performances in both Michigan and Georgia). The Plymouth-Canton Educational Park Wind Ensemble had the honor of performing an hour-long concert for President Bill Clinton (1996). The Klein Cain Wind Ensemble has been a UIL Sweepstakes Award Recipient every year since opening in the fall of 2017 and will perform as a featured ensemble at the 2023 Music for All National Concert Band Festival.

Mr. McGrath is a six-time recipient of the National Band Association Citation of Excellence and has been named a Claes Nobel Educator of Distinction. He is active as a concert band, marching band, and drum-corps adjudicator and clinician, having judged finals at the Bands of America Grand National Championships, DCI World Championships (having served on the DCI Judge Liaison team during the 2013 season), and Japan Marching Band Championships. He is a member of Phi Beta Mu, the TMEA and the MENC.