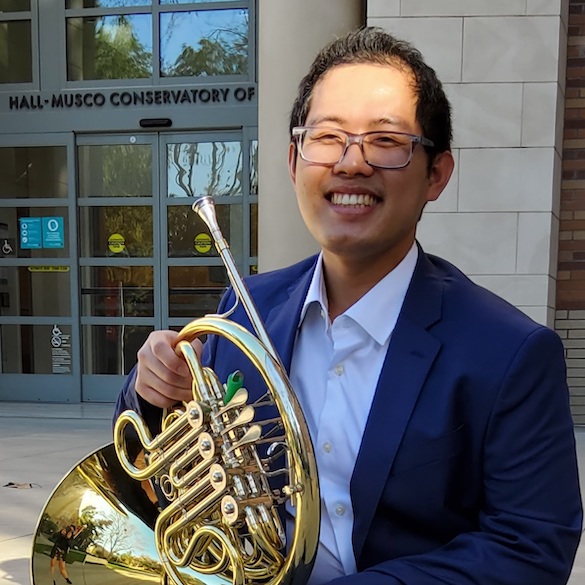 MICHAEL MA is a native of Camarillo, CA and currently resides in Orange County while attending Chapman University. He is an alumni of Pacific Crest, where he marched from 2014-2016 and was mellophone section leader in 2016. As a performer, he has played in many college football and NFL stadiums across the country.

After marching with Pacific Crest, he became interested in pursuing a career in music performance, and later fell in love with teaching. He graduated from Chapman University with a Bachelor of Music degree in French horn performance and music education, and will soon begin his master’s and credential in education at Chapman University.

In addition to the French horn, Michael has played several other instruments, including the flute and alto sax. He has performed in two choir tours in Europe, which landed him in prestigious venues such as the Vatican in Rome. Fun fact: Michael was a competitive bowler for 14 years before his music career.