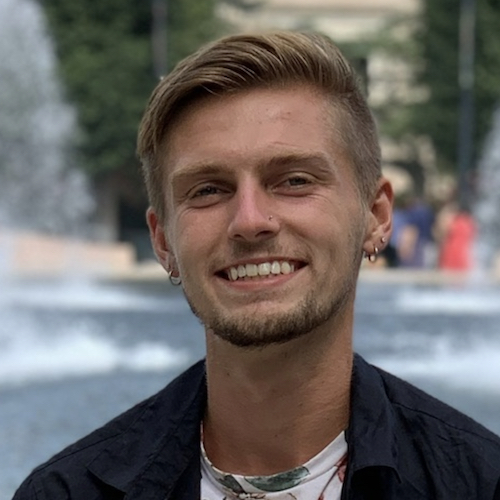 CAMERON HUDSON was introduced to the performing arts in 2014 and has been committed to it ever since. He spent four years in color guard at Highland HS, and after graduating in 2017 was determined to continue pursuing his love of performing and teaching.

He began his coaching career as a technician at Highland HS in 2018 and continued developing experience as caption head at Quartz Hill HS in 2019. Cameron also continued his performance experience in 2019 and 2020 with Icon Winter Guard, which went on to win the gold medal at WGI World Championships 2019. His drum corps career began in 2019 when he marched with Pacific Crest for their monumental season “Everglow”. He went on to perform with the Santa Clara Vanguard in 2020 and “dual” aged-out from both SCV and Pacific Crest in their 2021 seasons.

Cameron is looking forward to expanding his knowledge and experience in coaching as well as sharing his passion and expertise with the students at Pacific Crest. He currently resides in Menifee, CA and is working towards his Bachelor of Arts Degree in Political Science at University of California Riverside. When he is not studying or working at his local market, Cameron likes to sketch and play video games with friends.