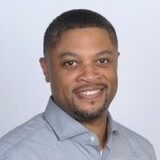 AYATEY SHABAZZ is the Founder, President, and CEO of The DevMusic Company, which focuses on quality print music for marching bands, concert bands, jazz bands, and percussion ensembles, as well as engraving and music preparation services for composers and other publishing companies. The DevMusic Company is global, with distribution in the United States, The Netherlands, Belgium, France, Germany, Italy, Australia, and Japan.

Ayatey is in demand as a composer of original works in the concert idiom and the marching arts. In addition to his many published wind band works, he has been commissioned to write several pieces for ensembles throughout the international band community. He also scores, orchestrates, and arranges music for film and TV, for Pixar and Disney, along with “bumper” music used by multiple television networks and music used for regional and national commercials.