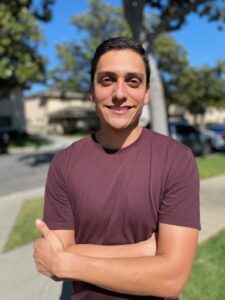 NICK ARCE is a world-class educator from La Quinta, Ca. He teaches on the battery staff at Arcadia High School 2017-present, RCC Indoor Percussion 2015-present, and The Blue Devils 2014-present, working specifically with the respective snare sections. His other teaching experiences include being the quad tech at Carolina Crown in 2013 and being a show designer and battery/drill writer at various groups in the Coachella Valley before moving to Alhambra, CA, with his wife Raquel.

Aside from being a music educator, Nick received his BA in Psychology from California State University, Los Angeles. He currently works as a lab manager in a research lab at UCI and is pursuing academic research in health psychology.