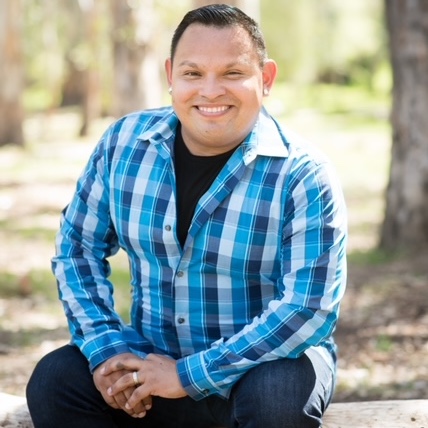 With over 20 years of performance experience and 22 years of teaching experience, Sergio Marquez-Johnson has flourished as both a color guard choreographer and designer. He has had the privilege of teaching and performing with many prestigious groups at the DCI World Class Level, the BOA level and all six WGI classification levels.

Currently, Sergio is the Color Guard Caption Head at Vista Murrieta HS in Murrieta, CA and a full time Psychology Student Major at California State University San Bernardino. In the summers, pre-COVID-19, he was the Color Guard Curriculum Coordinator for Fred J. Miller Summer Clinics Inc. in Miamisburg, Ohio. Sergio resides in Riverside, CA with his husband Pete Marquez-Johnson of 5 years. The summer of 2022 will mark Sergio’s fifth summer with the Pacific Crest Color Guard.