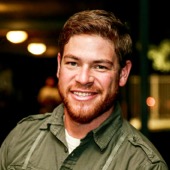 Pacific Crest is excited to share that longtime staff member and alumnus Chris Henderson has been promoted to Corps Director.

Henderson’s involvement with Pacific Crest spans over 15 years. After performing with the corps from 2005-2008, he returned as a visual instructor for the 2011 season. In 2013, he joined the tour administration team under Operations Manager Edward Martin and became Assistant Operations Manager in 2015.

In 2017, Henderson was promoted to Corps Manager to focus on ensuring a high quality experience for Pacific Crest performers. Since then, he has overseen the corps through some of its most extraordinary seasons, including the recording-breaking 2019 season and a safe and successful 2021 tour amid the Covid-19 pandemic.

“Pacific Crest has evolved over the past three years, and we realized it was time for a dedicated senior administrator for the drum corps,” said CEO Stuart Pompel. “While the position is still part-time, the roles and responsibilities have been adjusted to align with the goal of helping to maintain a professional, safe, and welcoming environment for all personnel—including students, staff, and volunteers.”

As Pacific Crest prepares for its 2022 season, Henderson looks forward to supporting the organization as Corps Director. “It’s an honor to be in this activity and even greater to serve at Pacific Crest,” he said. “I look forward to this new role while continuing to serve the future of Pacific Crest and its communities with meaningful and lasting impacts.”