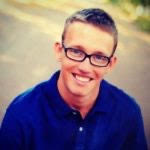 MASON TANQUARY resides in Gilbert, AZ with his wife Alexa and his son Elias. Mason is the General Manager of a restaurant and continues his passion for the marching arts as a visual designer, instructor and adjudicator.

Since 2011, Mason has worked as a visual instructor at a number of schools in Arizona, including Basha HS, Campo Verde HS, Perry HS, and Mesquite HS. Since 2016 he has served as Visual Caption Head at Williams Field HS, which has had a top visual program for 5 years straight, winning numerous caption awards and state awards.

In addition to teaching, Mason continues to develop his training and knowledge through adjudication of Visual performance and winter guard/drumline General Effect. He has been a judge for many circuits, both winter and fall, since 2016.

Mason is also a visual designer and drill writer for many local high schools in Arizona. He hopes to continue to be an advocate for visual education by hosting and developing visual workshops and training masterclasses for all levels.