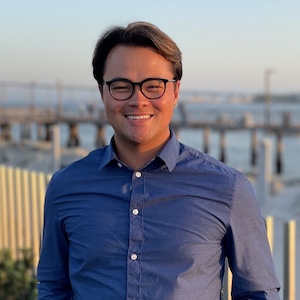 HARRISON TOMA is a music educator based in Southern California. He started his drum corps career with Pacific Crest in 2014 as a marching member and went on to be a drum major with The Blue Devils Drum and Bugle Corps in 2015 and 2016. In 2020, he also served as a visual staff member with The Troopers Drum and Bugle Corps.

In addition to his drum corps career, Harrison has also served as a visual and music instructor for various high schools throughout Southern California, including Arcadia HS, Rancho Cucamonga HS, El Dorado HS and Vista Murrieta HS. Harrison holds an AA degree from Riverside City College in music and is currently pursing a BA in music education.