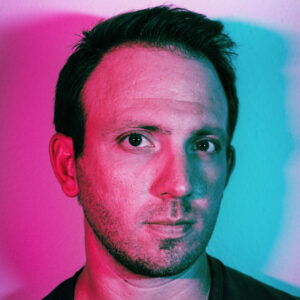 ZAK STILLWELL is a full-time visual designer, choreographer, instructor, and clinician based out of the San Francisco Bay Area. He is currently the visual caption head for the Blue Knights, a role he has held since 2019.

Spanning more than two decades, Zak’s pageantry career includes credits as a performer with the Academy and Blue Devils. After aging out, he began teaching within the Blue Devils organization. While there, he spent time instructing the ‘A’, ‘B’, and ‘C’ corps and was fortunate to work alongside some of the greatest minds in the activity. Zak’s work with the Blue Devils ‘B’ Corps helped elevate the corps from perennial Open Class contender to two Top 15 World Class finishes in 2014 and 2016. In all, he has helped earn seven DCI World Championships as an instructor and performer.

Zak has served as an instructor and designer for many award-winning high school ensembles, including the James Logan marching band, and the winter percussion programs at Homestead (CA) and Etiwanda.