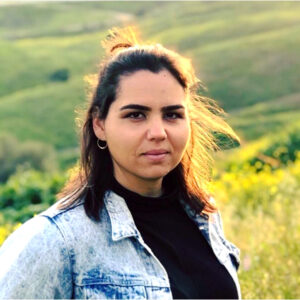 Pacific Crest is proud to announce that Nicole Casino will be joining our educational leadership team as Percussion Co-Caption Head for the 2021 season.

“I don’t use the word excited much, but I’m genuinely excited to work with Nicole,” said Crosby. “There were many qualified candidates, but she was overall the best of the bunch. She is forward-thinking, has an infectious energy, and really cares about doing what’s best for her students. I very much look forward to getting started!”

Casino is a percussionist and performer for the Disneyland Resort, and holds a Master of Arts from Berklee College of Music in Music Business and Global Entertainment. She performed with a number of award-winning DCI and WGI ensembles, including Pulse Percussion (2011-2013), RCC (2014-2015), Bluecoats (2011), and Blue Devils (2012-2013).

Currently, she is the Percussion Director at Arroyo High School, the snare tech at Vessel, and a consultant for ensembles around the globe. She also teaches for Pacific Crest’s private lesson studio.

“I am extremely humbled and excited to be working with the team at Pacific Crest,” Casino said of this latest opportunity. “Their innovation and commitment to serving the marching community is one-of-a-kind, and a mission I have always sought. This journey into a new chapter for the marching arts will be led by groups like Pacific Crest and, with the rest of the team, I know we will do great things.”