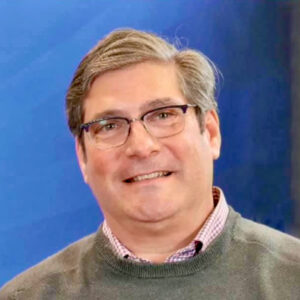 We are proud to share that Pacific Crest’s own Stuart Pompel has been awarded DCI’s Director of the Year award for the 2020 season!

Each year, one corps director from each of the World and Open Class levels is recognized for their “exceptional leadership qualities presented throughout the season,” according to DCI.org. The recipient of the prestigious award is determined by a vote of their respective colleagues.

Pompel was presented with the Dr. Bernard Baggs Leadership Award on Saturday, August 8, during DCI’s MarchOn! Telethon. “Stuart has stepped up in a big way as a representative of the entire activity,” said host Steve Rondinaro during Saturday’s live broadcast, referencing Pompel’s contributions as the Membership Chair and his work on the DCI MarchOn! Task Force. As a leading member of the committee, Pompel worked with his peers to develop scenarios for the 2021 season, which aim to keep health and safety a top priority as DCI prepares for next season.

Stuart Pompel served as Executive Director of Pacific Crest from 1996 to 2018 and was appointed CEO in 2018. Over the years, he has led the growth of the organization from a small performing group to a nationally recognized performing arts education organization.

Pompel expressed his gratitude for the accolade, while also taking the opportunity to recognize the work of his colleagues during the challenging 2020 season. “The World Class directors have been meeting every week since we cancelled the season,” he said. “Each has been working tirelessly to plan for their own organizations as well as for DCI during this environment of uncertainty. For them to honor me with this leadership award means more than any of them know. To be honest, though, this award belongs to all of them collectively!”

Pacific Crest would also like to congratulate Tim Heasley of the Golden Empire Drum and Bugle Corps for winning the 2020 Dr. David Kampschroer Leadership Award.