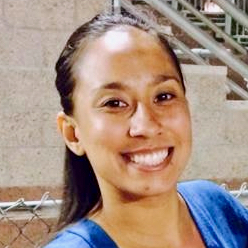 ALYSSA LAMBERT-GARCIA began her color guard career in high school in 2005. After graduating, she continued to perform as a member of the ASU Sun Devil Marching Band Color Guard and The Academy Winter Guard. She also was a member of the The Academy Drum and Bugle Corps from 2008-2012 and the Blue Devils in 2013.