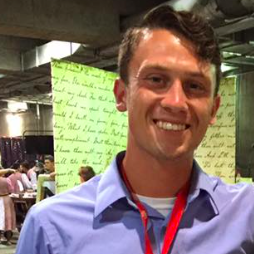 TAYLOR ROCK is an educator and designer based out of Lexington, KY, where he earned his degree in Music Education from the University of Kentucky.

Taylor began his marching career as a contra player with the Madison Scouts Drum and Bugle Corps in 2013, and aged out in 2016. He is currently in his 6th year performing with Lexis Winterguard, a WGI Independent World Finalist ensemble. He worked with the Crossmen Drum and Bugle Corps as a visual instructor from 2017-2019.

Outside of drum corps, Taylor has been an instructor and choreographer for groups in Kentucky, Ohio, Indiana, South Carolina, and Texas. He leads low brass sectionals and private lessons in the Lexington area with various schools after the conclusion of the high school marching season. He also assists in teaching 5th grade beginner band classes at a local elementary school.

Taylor is very excited to be joining the team at Pacific Crest and is looking forward to a great summer!