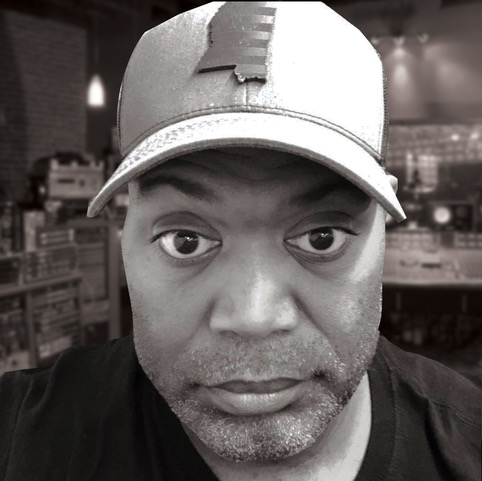 Tony holds a Bachelors degree in Music Education from the University of Southern Mississippi and a Certification in 3D Architectural Rendering from The 3D Training Institute of New York. He was a member and principal percussionist in the world renowned Southern Miss Wind Ensemble and Southern Miss Symphony Orchestra. While at Southern Miss, Tony was the percussion arranger for the Pride of Mississippi Marching Band and USM indoor percussion ensemble. Tony was also a member of the World Champion Star of Indiana Drum and Bugle Corps (Bloomington, IN) from 1991-1993. In his three years of DCI experience, he won the DCI-Midwest Solo Timpani Champion and the 1994 Percussive Arts Society International Solo Timpani Award. Tony’s original marimba composition “Of Thoughts and Thinking” has become a standard in percussion literature. The piece was most recently recorded by German percussion artist Cornelia Monkse on the CD Marimba 2 and was featured in the French documentary film Le Ciel.

After college, Tony pursued a professional performance career for eight years with the pop/rock band King Konga. While with King Konga, Tony toured the world selling out venues in nationwide. The group did a post September 11th USO tour for the US Military in Hawaii and South East Asia. The four-piece band gained critical acclaim reaching #81 on the AC Hot 100 Pop Charts with “Something Good.” With a rare accomplishment by an independent band, King Konga captured the eyes and ears of many major record labels and the band went on to perform at Woodstock ’99. Tony has also performed with The Mississippi Symphony, Mobile Opera, Hattiesburg Civic Light Opera and The Meistersingers Orchestral/Choral Ensemble.

Tony recently wrapped up a season as the sound designer for The Madison Scouts Drum and Bugle Corps and currently serves as Creative Designer for Pacific Crest Drum and Bugle Corps. He is the owner of Eidetic Creative, a multimedia creative designs solution business. He currently resides in Petal, Mississippi with his wife Emily and 12 year-old daughter Colette.