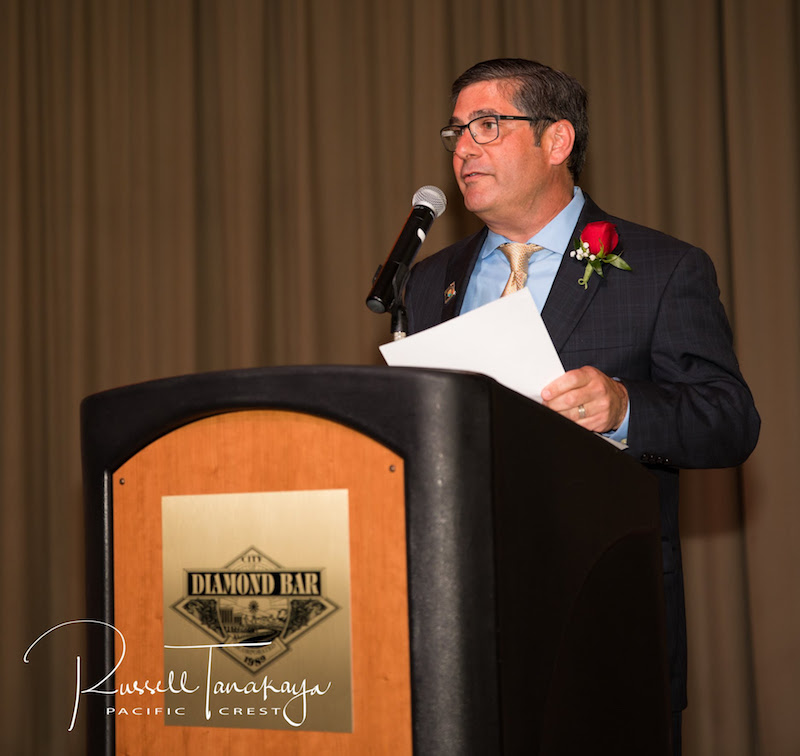 Pacific Crest is excited to announce that for the first time in its 25 year history, the organization will employ a full-time CEO to oversee the corps’ longterm growth. Moving into the position is Executive Director Stuart Pompel.

The news was shared with members, families, and staff at Pacific Crest’s annual banquet on September 9th.

Said Board President Gerry VanBooven, “Stuart has been a part of Pacific Crest since its inception 25 years ago and truly the face of the organization for the past 12 years. It seems fitting that in this historic 25th anniversary year we make a momentous move.”

The newly-announced position has been a long time in the making. Plans to appoint a CEO were first discussed at a board retreat in August 2016, where a three year goal was set by the Board of Directors.

Advisory Committee member Dan LaMacchia led the feasibility study, while Finance Committee Chair Stephan Hamilton helped craft a budget to support the position. Hamilton and Board Member Rick Dissinger developed the job description, employment contract, and timeline. Pompel was offered the position at the end of Pacific Crest’s 25th anniversary competitive season, which he accepted in September. The change will be effective as of November 1, 2018.

“I am honored to have the Board’s confidence and support,” said Pompel. “Dedicating my professional time with Pacific Crest will enable us to work on some really important projects. In addition to increasing the quality and support of our program, I look forward to aligning that work with DCI’s In-Step movement and Los Angeles County’s Diversity, Equity, and Inclusion Initiative. I’m excited about finding ways to deepen our outreach to local schools and low-to-moderate income communities. And I look forward to meeting with alumni to learn more about how we can recognize their contributions and connect them more deeply with our current members.”

Stuart Pompel was a founding instructor of Pacific Crest in 1993, and has served as its Executive Director since 1996. During his tenure, he has led the growth of the organization from a small performing group to a nationally recognized arts education organization, and a member of the Drum Corps International World Class.

In a statement on behalf of the Pacific Crest Board of Directors, VanBooven detailed what these changes mean for PCYAO and its future. “The Board of Directors believes bringing Stuart on board as full time CEO is evidence of the overall health of the organization,” he said, “and also our commitment to bring the best possible World Class performing arts program in DCI to Southern California. We have big goals going forward and Stuart’s new role is integral to their implementation and success.”