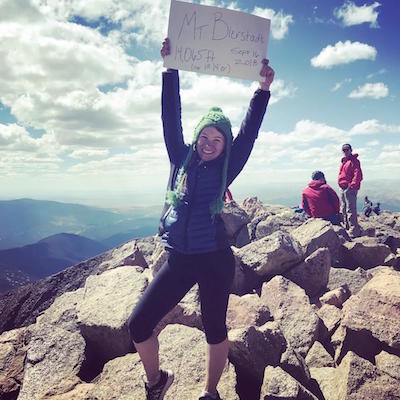 ANASTASIA CANFIELD originally hails from Texas, but has found a new home in Colorado since 2013. She is overwhelmingly grateful to be returning to the Pacific Crest staff for the 2019 season after a brief hiatus. Anastasia has overseen operations for the Pride of Windsor Marching Band in Windsor, CO during the 2015-2016 and 2016-2017 school years as the ensemble’s Assistant Marching Band Director while also maintaining a private music studio providing instruction on piano, French horn, guitar, percussion, and conducting.

Anastasia earned her Bachelor of Arts in Music degree in 2013 from Texas Woman’s University and her Master of Music degree with a specialty in Neurologic Music Therapy in 2016 from Colorado State University. Her primary instruments are piano and French horn. During her drum corps years, Anastasia marched with Crossmen in 2009 and 2010, followed by Boston Crusaders in 2011 and 2012, where she aged out. She now works full-time as a board-certified music therapist and registered psychotherapist in the state of Colorado for two agencies, Rocky Mountain Music Therapy and the Colorado Mental Health Institute at Fort Logan.

In her [not so] free time, Anastasia enjoys writing and performing original music under the stage name “Anastasia Rose Music,” speaking at music therapy conferences about a number of topics (including but not limited to cultural competence, the “Impostor Syndrome,” and the neurobiology and neurochemistry of music), and, lastly, hiking or otherwise spending time in the gorgeous Rocky Mountains.