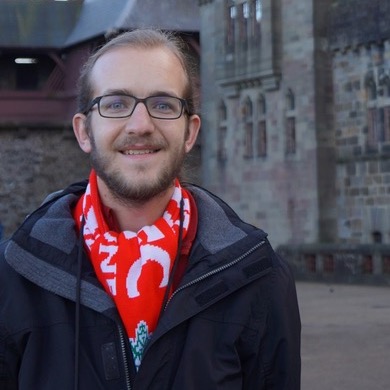 Nathan has worked as a band and choir director at Tri-North Middle School in Bloomington, IN, as an assistant director of the Bloomington High School North Cougar Band, and as an instructor in the elementary school strings program in Bloomington. He and his wife, Sierra, enjoy the outdoors and have spent lots of time living in a tent as they walk along the Appalachian Trail in 2018. Beginning in 2019, he will pursue a Master of Divinity degree at United Lutheran Seminary in Philadelphia, Pennsylvania.

In 2014, Nathan received a Bachelor of Music Education degree from the Indiana University Jacobs School of Music, where he studied voice with Michael Sylvester and Wolfgang Brendel. He was the 2013 recipient of the Frederick C. Ebbs Memorial Scholarship, awarded annually by the Department of Bands. Nathan performed with the Indiana University Marching Hundred for five years, serving as drum major in 2012 and 2013.