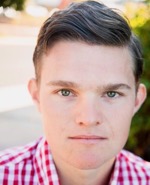 FRANK SEFTON was raised in Thousand Oaks, California, and attended Westlake High School. Frank’s six years of drum corps experience was spent entirely at Pacific Crest, where he marched the 2010-2015 seasons. While at Pacific Crest, he served as both the contrabass section leader and horn sergeant. He is honored and excited to have the opportunity to return to his home team to give back to the community that helped him grow so much as a young man and work with the best students in Southern California.

As an educator, Frank has served as a music and marching teacher at several Southern California high schools including Westlake High School, and Thousand Oaks High School. He served as a low brass instructor at Gold Drum and Bugle Corps for the 2016 season and maintains a private tuba studio in Corvallis, Oregon. He is a member of NAfME and Kappa Kappa Psi. In his free time, Frank enjoys spending time with his girlfriend Kristen, their cat Bella, and hiking on the beautiful trails of the Pacific Northwest.