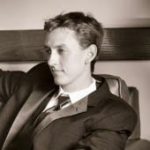 BOBBY FREY is a music educator based in Covina, CA and currently teaches at Sierra Vista Middle School. He received his Bachelor’s of Music Education from the Bob Cole Conservatory, where he was principal trombonist in the Conservatory’s Symphonic Band and winner of the 2014 conducting mentorship.

In addition to his job as the director of bands at Sierra Vista MS, Bobby has taught many schools in California including East Whittier MS, Long Beach Poly HS, Millikan HS, Los Altos HS, University HS, and Live Oak HS. He is also a drill designer in the fall, having most recently been the program and drill designer for Long Beach Poly HS for their first SCSBOA finals appearance.

In the drum corps arena, Bobby started as a member of the Santa Clara Vanguard from 2005-2009. He then entered the activity again as an instructor, first with the Colts brass staff in 2010-11, then again as Brass Caption Head in 2012-2013. In 2014, he taught with the brass staff at Spirit of Atlanta. Bobby joined the movement staff team at Pacific Crest in 2017.