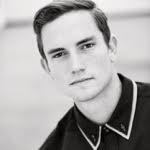 WILLIAM CLAYTON is a graduate of the American Musical and Dramatic Academy with a B.F.A in Dance Theatre.

Before beginning their accelerated program, he performed with Fantasia 2013, and the RCC Marching Tigers. He also completed three summers of drum corps: one with The Cavaliers in 2012 and two with Pacific Crest in 2010 and 2011.