Solana Blantz performed on mellophone with Pacific Crest in 2013 and 2014.

Tell us about your background and family.
I was raised in Oxnard, California, and currently living in Chico. I have one older brother, Koa. 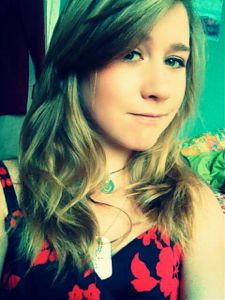 I marched two years of Open Class with Velvet Knights, and wanted to further my performance skills through a World Class performing tour. I knew Pacific Crest was local, so I decided to audition here.

How did the Pacific Crest experience impact your life?
Pacific Crest impacted me more than I could have ever imagined. During my first season I had issues getting to rehearsal, and because I didn’t make enough effort to get there I was bumped to an understudy position. I became motivated, didn’t give up, and eventually I won my spot back just before our just before our second tour.

After that first season I moved San Francisco for college, and for the first time, I earned straight A’s! This drum-corps-inspired drive also transferred to work and, after a short amount of time, I was promoted to a co-coordinator position at my job.

I returned to Pacific Crest in 2014 because it had become home for me. I met more amazing people and developed relationships that I simply couldn’t have created with anyone else but my Pacific Crest Family. Early this summer, I experienced some hardships, and I would have broken down entirely without the support of the staff and fellow performers.

How do you think Pacific Crest will affect your future goals and plans?
I am a science major, but after my first season at Pacific Crest, I decided to add a minor in music. As of this last season, I think I may change to a double major in music and science. PC made me realize I simply can’t live without music being a major part of my life.

Who has most influenced you here?
Coming from a small school and an Open Class corps, the sheer size was intense, and the coordination of Pacific Crest was somewhat amazing to behold. I finally had an enormous section that challenged me more than I had been. I finally had an exceptional instructor and section leader who helped me strive for so much more. The detailed instruction made me pay attention to all the aspects of music I had overlooked in my past experiences. The staff pushed me beyond my known capacity, and I found that I could do amazing things with that little push.

My section leader was a role model for me. While a bit intimidating at first, I found him quite heartfelt, and he cared about every single individual. I strove to be like him in his attention to detail. Because of him I desired to further the corps as much as I possibly could.