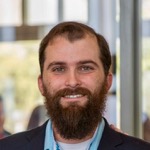 RYAN MILLIGAN graduated from Aliso Niguel High School in 2006 and was a member of Aliso Niguel’s percussion section for the four years of his high school career. He went on to graduate from California State University Fullerton with a B.A. in Music with an emphasis in Education.

Ryan has worked with many schools in the Southern California area including Los Altos, Sierra Vista, Troy, Esperanza, Aliso Niguel, Gahr, Garden Grove, Valley View, Rubidoux, Corona, and Port of Los Angeles High School. He also has written drill for an active crew in the US Navy. He is currently the Visual Director and Drill Writer for Walnut High School.

Ryan was a euphonium player with Pacific Crest Drum and Bugle Corps from 2006 – 2010, and spent his final year with the group as section leader. He has served on the Pacific Crest Drum Major Camp staff since its inception in 2011.

He keeps himself busy with many jobs including working for the National Hockey League and substitute teaching. Being a former Skipper for The World Famous Jungle Cruise at Disneyland, he constantly uses his wit and humor to not only educate, but entertain his students and peers.