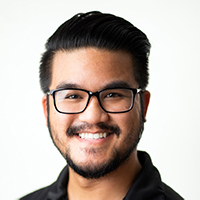 JASON LOMEDA is the band director at Norte Vista High School and has designed drill and arranged music for music education programs around Southern California.

In 2010, he performed with Pacific Crest and in 2012, he earned his Bachelor’s Degree in Music Education from California State University Fullerton and teaching credential at Cal Poly Pomona.

Jason has worked with the Pacific Crest Drum Major Camp since 2012, and he enjoys sharing his experience with the drum major students. His passions are deeply rooted in band and he hopes to inspire others to grow as individuals, musicians, and leaders.