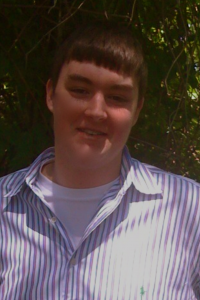 What brought you to Pacific Crest?
I grew up watching drum corps, and when my dad and I decided I was old enough, we discussed the options. I wanted to audition for Pacific Crest, so the following March I sent an email asking if there were any available spots in the front ensemble.

How has Pacific Crest impacted you?
Pacific Crest pushed me out of my comfort zone. After a summer of the emotional and physical demands of drum corps, I found myself driven to do things with a purpose, such as school work and even household chores. I now look at life with a more humble perspective. My favorite part of being with Pacific Crest is seeing the reaction in audiences’ faces after a performance. I feel like my hard work has impacted others as well.

How have you applied the experience to your life outside of drum corps?
Pacific Crest taught me that asking questions is an essential key to achieve excellence. I am now inspired to plan for the future and to learn from my mistakes. The self-discipline I have gained from the experience is already motivating me to better plan my future.

Final Thought:
During my first day at Pacific Crest, everyone was so welcoming. I immediately felt accepted and it felt like I was at home. I am thankful to be a part of Pacific Crest. The pit instructors, Gabe Cobas and Andy Bill, have both influenced me and inspired me as a musician and as an individual. I have so much respect for them, the rest of the PC staff, and the organization as a whole.