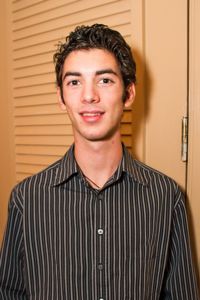 What brought you to Pacific Crest?
Shortly after my first marching band season in high school a close friend, who was a current Pacific Crest member, showed me a video of drum corps. It was the most amazing thing I had ever seen, and I knew I had to be a part of it.  I decided to audition for Pacific Crest after attending my first live show in 2008.

How has Pacific Crest impact you?
Pacific Crest gave me a place where I could push myself to the limit.  I finally had a place where I could belong, where everyone shared my passion for excellence. The experience and discipline I gained from my first year of drum corps changed my outlook on life; I’m so much more motivated to become a better musician, and the lessons I’ve taken from that experience have inspired me to put more effort into everything I do.  After the 2010 season I returned to my high school to work as a marching instructor, and I can’t say that that would have been possible without my first summer at Pacific Crest.  Most important to me, though, is the family I’ve gained at PC.  I’ve made some of the closest friends I’ve ever had.

How have you applied the experience to your life outside of drum corps?
I have learned so much from the staff at PC, that I hope to teach to my future students. Whether I ultimately decide to pursue a musical career, I know I can use what I’ve learned to be successful in any career I choose.  I’ve gained an incredible amount of self-discipline that is already affecting my work and school.  After living on a bus for one month, I now really appreciate the little things in life.  I’ve realized that the things we take for granted can have an adverse effect on our relationships, and my friendships have already prospered from this new outlook.  For me, what I take from drum corps goes far beyond just the marching activity.

Final Thought:
Drum corps has become one of the most important parts of my life.  I cherish every moment of the limited time I have on the field and with my drum corps family