The Uniforms 2009 Campaign has already passed the half-way mark!

Conceived by Stanbury Uniforms designer, Brent Becker, Pacific Crest's new uniform will capture the unique character of Southern California's World Class Corps, while including traditional elements of the corps' colors and logo. (See image at the end of this story.)

"It's definitely a change of direction for us," noted Executive Director Stuart Pompel. A committee of Board members, instructors, donors, and alumni has weighed in on the new design over the past three months

"With nearly 900 alumni now, we made sure to involve alumni in the design process. We want the new uniform to honor their contributions to our 16-year history, while updating the look." The design stresses an athletic fit, and while keeping with black pants, it introduces white to the upper quarter of the jacket to brighten the visual effect of the corps.

To fund the purchase of the new uniforms, Pacific Crest launched Uniforms 2009 on December 1st with a lead gift from the Donovan family. Since then donors have stepped forward to sponsor over 65 of the 130 uniforms needed.

The cost of sponsoring a uniform is $150. "For each uniform sponsored, the donor's name will be embroidered in the jacket," explains Pompel. This will ensure that members for years to come will know of the great generosity of PC's alumni and fans.

"We're already past the half-way mark for the $20,000 campaign, and I know our alumni and friends will step up to help us complete the campaign by the end of the winter!"

For those interested in helping Pacific Crest realize its goal of new uniforms for the 2009 season, a gift of any amount can be sent to Pacific Crest, PO Box 5409, Diamond Bar, California, 91765. Contributors can also make their gifts online .

Questions or comments about the Campaign or new design? Send us an email . 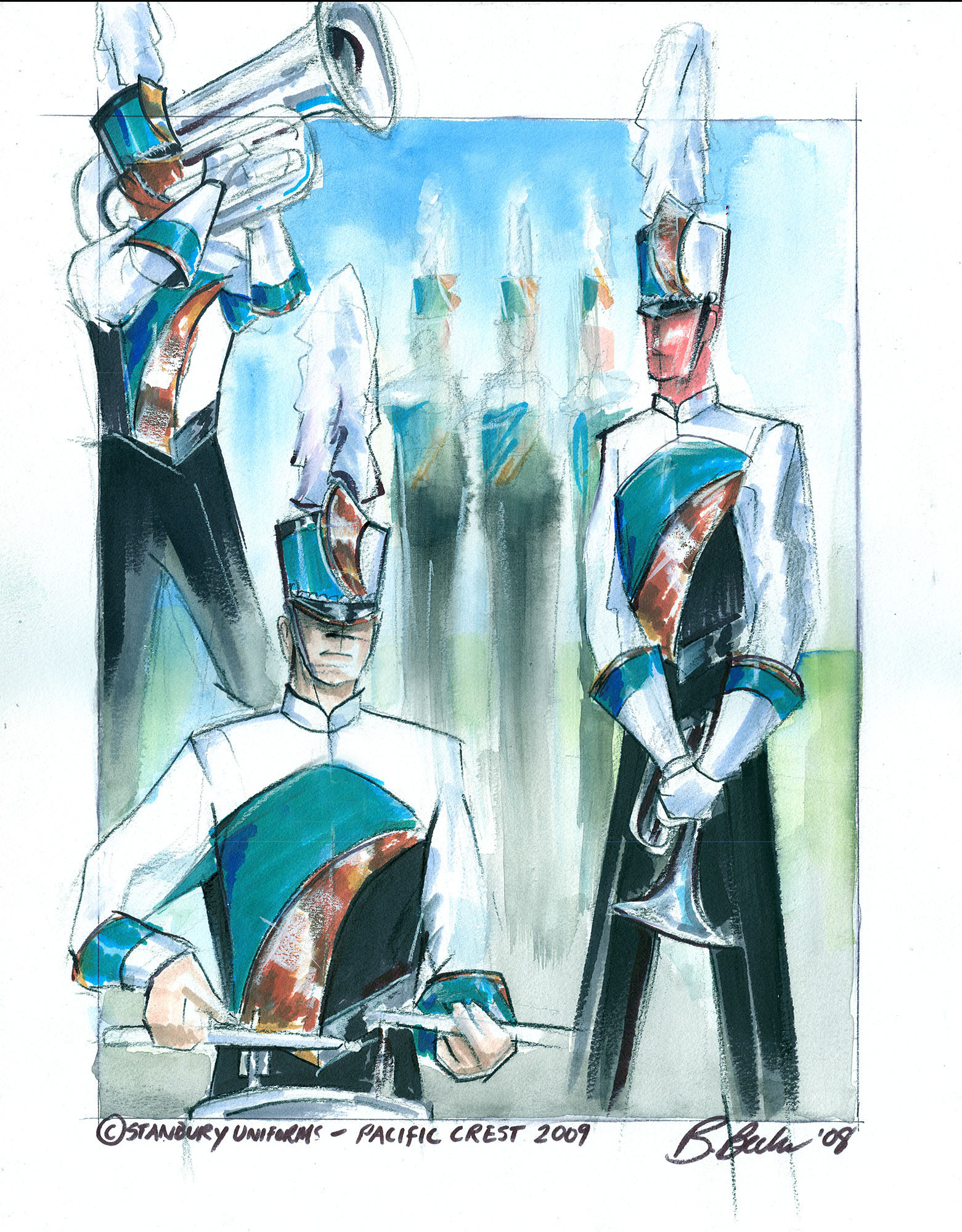