At its 2020 Annual Meeting, Pacific Crest’s Board of Directors installed its officers for 2020. We are happy to announce that the Board will be led by incoming President and PC alum, Diana Petersen. 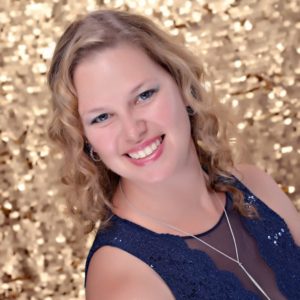 Diana’s history with PCYAO spans over 20 years. She performed with Pacific Crest Drum & Bugle Corps from 1999-2001 and 2003, and was an active member of the alumni organization throughout the following decade.

In 2013, Diana was elected to the Board of Directors. She became the organization’s Secretary in 2014, and was elected as Vice President in 2018.

She currently holds the title of Director of Administration at Red Pointe Roofing.

Diana is joined by the the 2020 officers of the Board of Directors:

Pacific Crest would like to extend many thanks to Gerry VanBooven, who served as Board President from 2018 to 2019. To learn more about the Pacific Crest Board of Directors, follow the link below.

PCYAO Board of Directors and Advisory Committee →